All about ice swimming 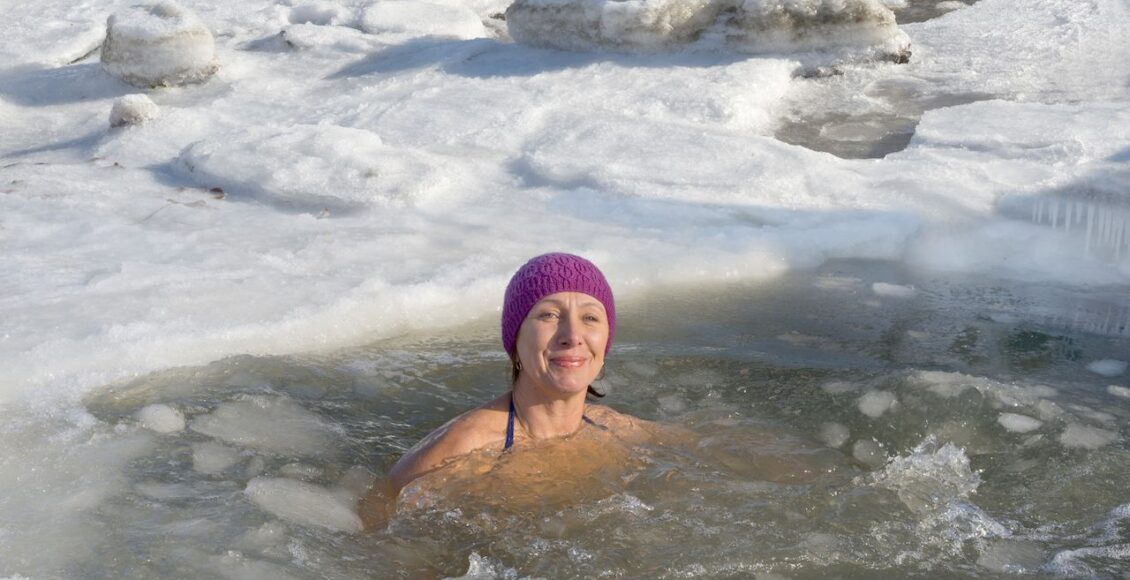 Swimming in the middle of winter in water suited for a polar bear was once limited to eccentric grandparents from Eastern European and Nordic countries. But, in the last decade, the activity has caught on with a new generation of participants who are taking the sport of ice swimming to a different level. And they’re promoting it from all corners of the globe. Here’s the the rundown on why people do it, how it’s taken off, and where you can jump in.

What’s up with ice swimming?

Lovers of the sport say ice swimming gives them a huge energy boost and is good for health, bringing improved circulation and strengthening the immune system. Other reasons offered include the spike in confidence that comes from defying your natural instincts and jumping into frigid water.

Ice swimmers use lakes, rivers, seas, oceans, and freshwater pools as their milieu, usually in winter months — although there are some places where the water never warms up. Ice swimming also runs the gamut from a few breast strokes in ridiculously cold water to a long swim in temperatures just above freezing.

For the demanding end of the spectrum, the International Ice Swimming Association (IISA) has formalized the sport, establishing rules to maximize safety and regulate swim distance, time, and conditions. It introduced the 1km Ice Event, as well as the Ice Mile, a single-mile, unassisted swim in water that’s 41 degrees Fahrenheit or less. For diehards, there’s also a challenge to swim the Ice Mile in seven different global locations. Of course, wetsuits are not allowed.

Ice swimming is one of the most taxing extreme sports in existence — so proper training is crucial. For anything more than a quick plunge, you’ll need to prepare your body to endure the dangerously cold temps. A medical exam can also assure your heart’s in good enough condition to undertake the sport, and you should do your first swim with group of people to prevent accidents. When you’re ready to tread the waters, head to these ice swimming “hotspots” for a refreshing dip. 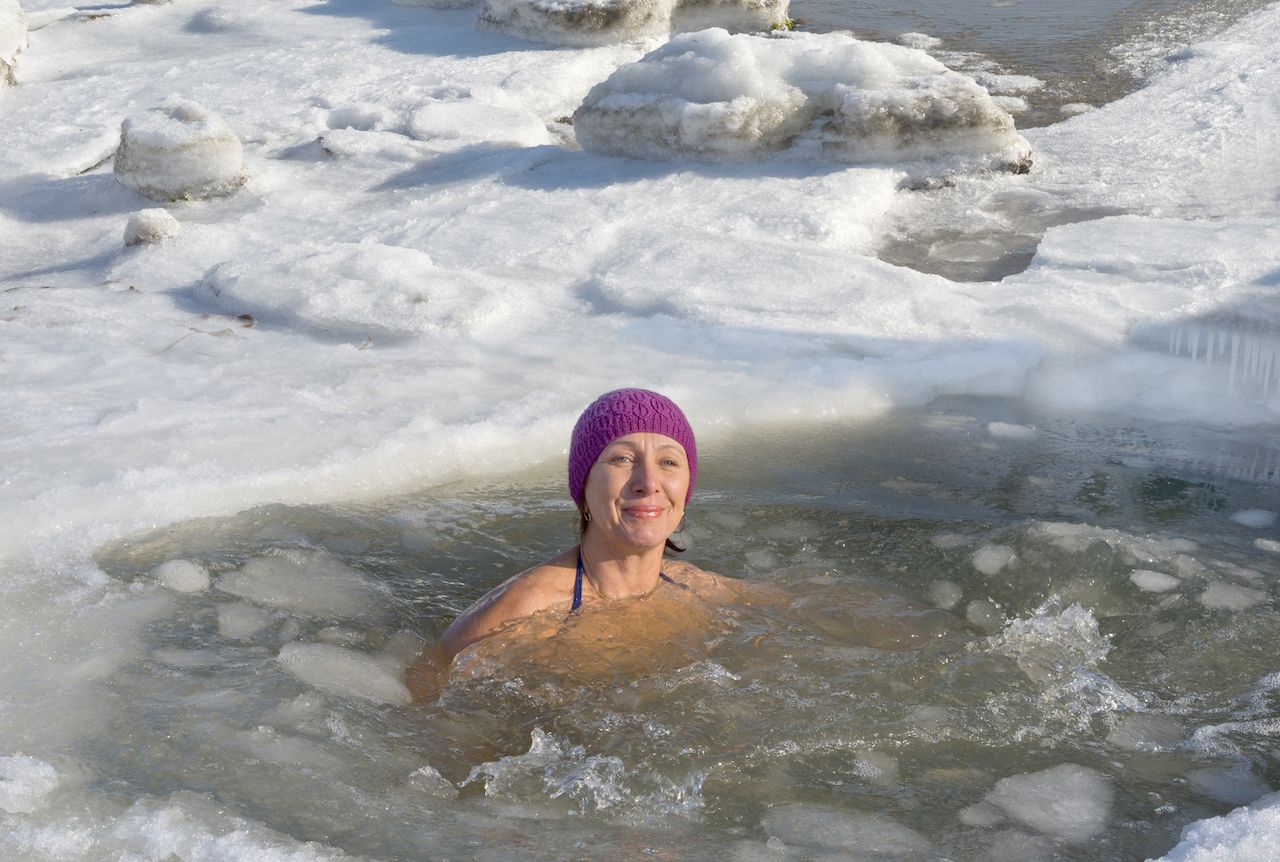 Ice swimmers call themselves morzhi, or walruses in Russian, and they have clubs dedicated to the sport throughout the country. These enthusiasts claim ice swimming rids the system of toxins, helps with arthritis and rheumatism pains, and also can cure hangovers. In Murmansk, the largest city in the world above the Arctic Circle, you join the local walruses for a swim in the lake. The water is guaranteed to be much warmer than the outside temps, which can plunge to minus 4 Fahrenheit. Warm up in a banya, a traditional Russian sauna. 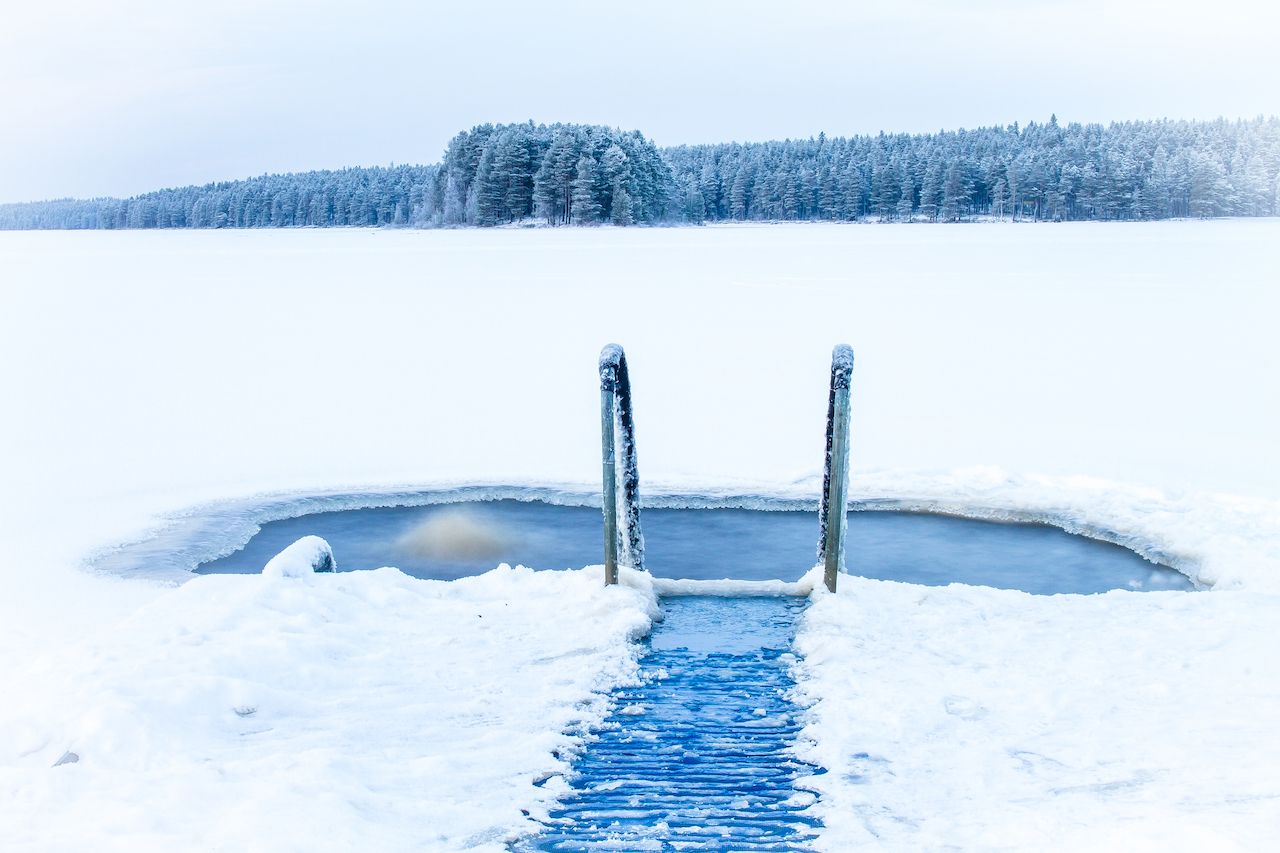 Make your way to Koskipuisto Park in this Finnish Lapland capital for the opportunity to swim in the grand River Kemijoki. You’ll be in good company, as swimming in the frigid water is something many people from Rovaniemi find revitalizing and healthy. It’s an experience the locals typically combine with a sauna, followed by a shot of salmiakki. Then stop by to see the city’s most famous resident, Kris Kringle, as Rovaniemi is the official hometown of Santa Claus. 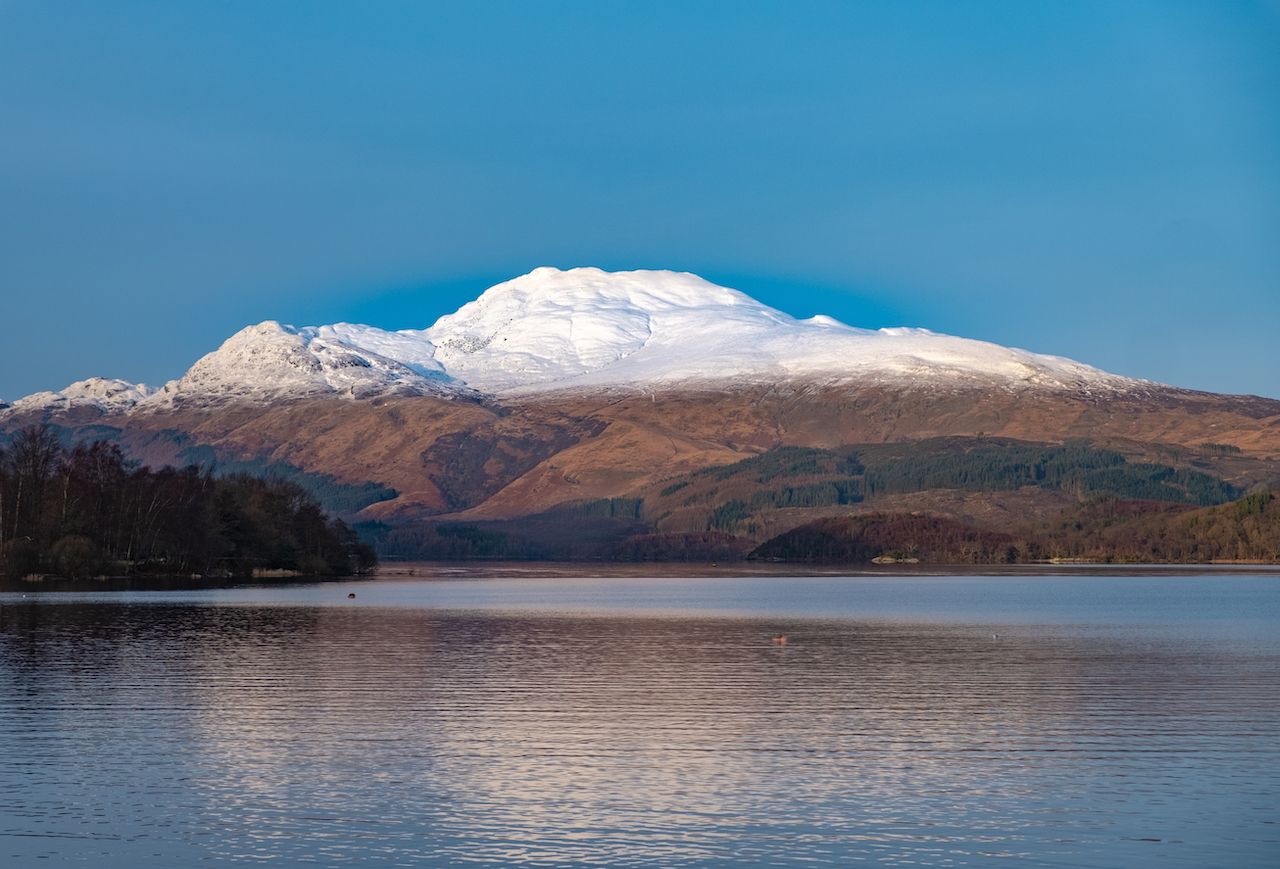 Swim with a view in this scenic lake in central Scotland, just north of Glasgow. It’s the site of the first Ice Swimming Championship in the country, which was held in February 2017. As you navigate the glacial water, you’ll be so mesmerized by the picturesque mountains in the backdrop of this idyllic area that you won’t be aware of the icicles forming on your body. Reward yourself afterward with a traditional pub food and some local entertainment with fiddles and pipes. 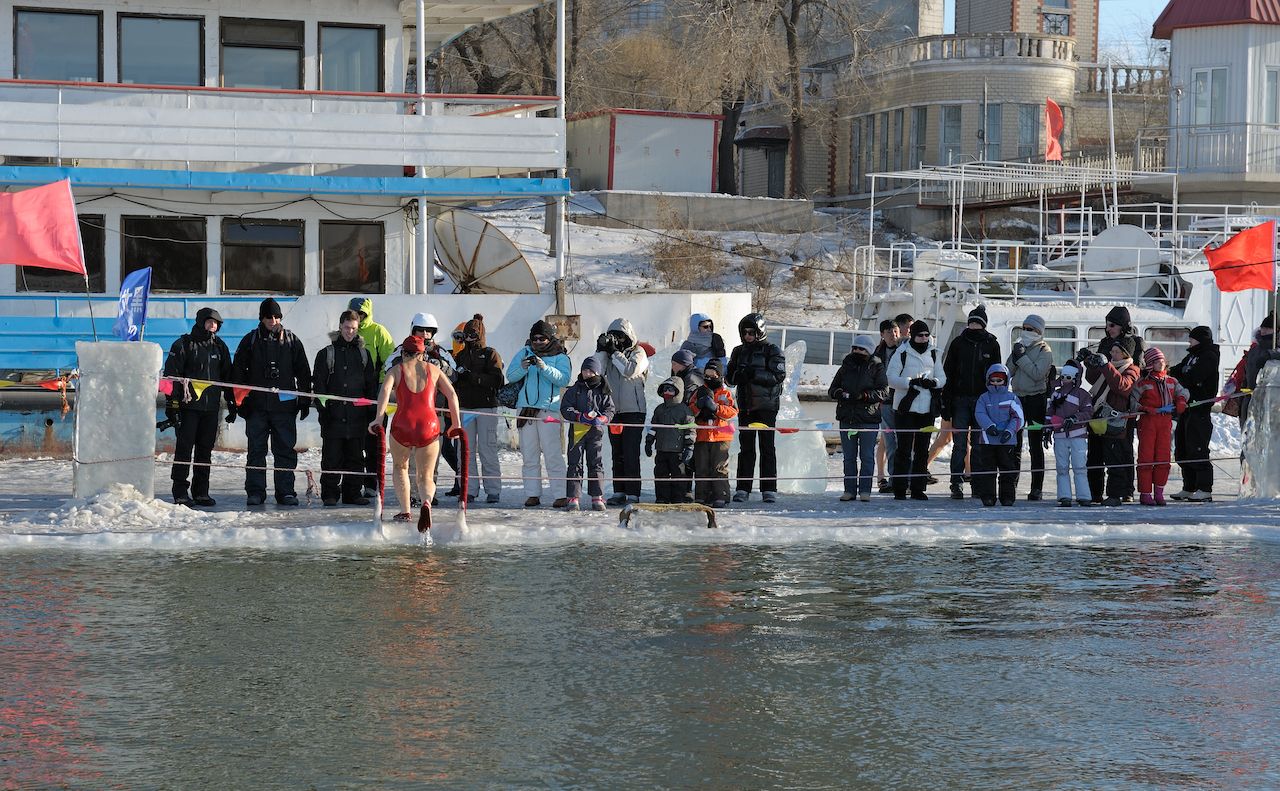 Time your visit to China’s “Ice City” with the Harbin Ice and Snow Sculpture Festival, held each January through mid-March. It’s one of the four largest festivals of its kind in the world. In winter, the Harbin River freezes and becomes a giant playground for ice sports, including swimming, skating, and ice sailing. Professional swimming pools are dug out of the surface of the frozen river for the locals to engage in this popular outdoor activity. During the festival, there are numerous ice swimming shows, games, and competitions, attracting aficionados of the sport from all over China, as well as from nearly 30 countries.

This man-made beach in Reykjavik, Iceland’s capital city, is ideal for ice swimmers, as there is an artificial hot spring right near the sea, making it convenient to warm up after your frosty venture. In all seasons, you’ll find people swimming in water, both in the warmed-up lagoon and in the ocean outside of the cove. The temperature of the latter gets downright chilly, but locals find it to be good for the body as well as the soul. 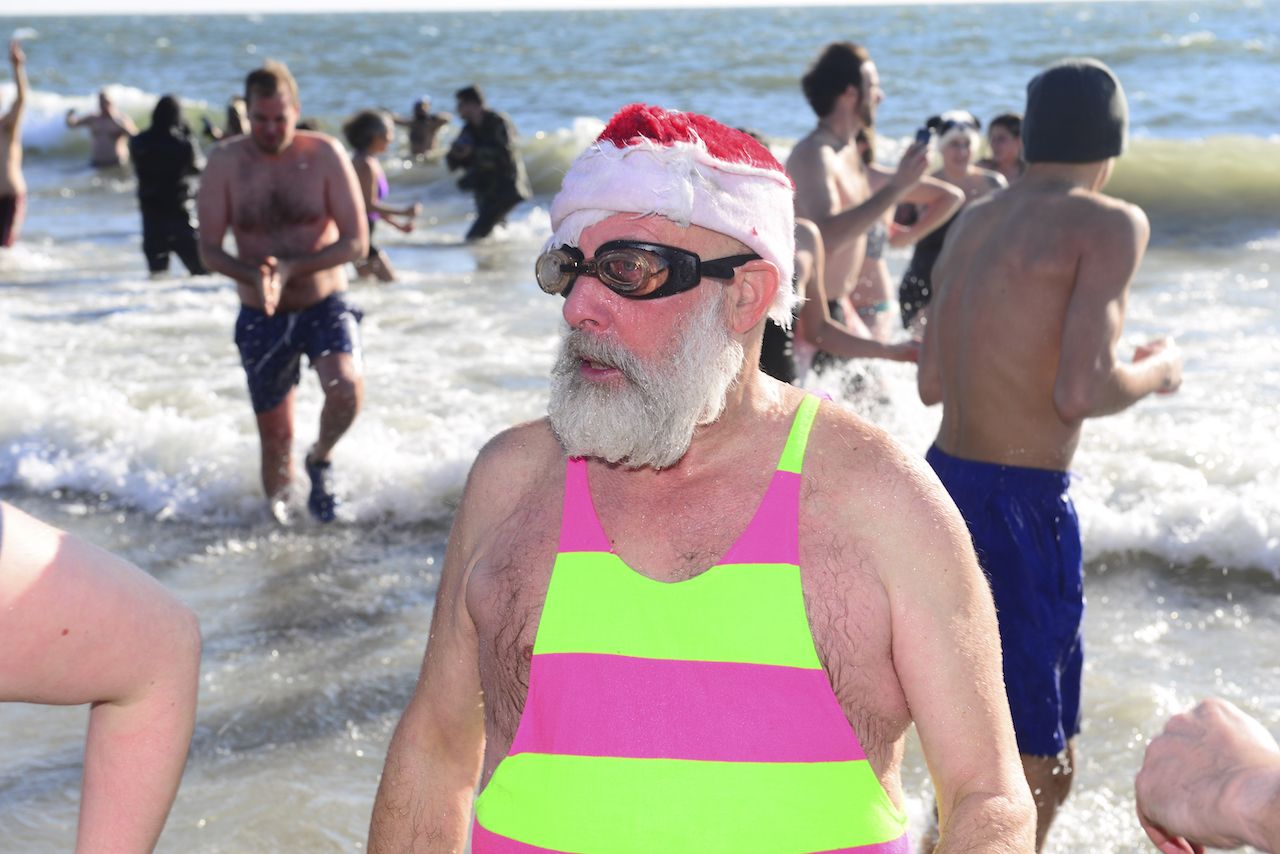 Celebrate New Year’s Day with the Coney Island Polar Bears at the annual New Year’s Day Swim at this iconic locale in New York. You’ll join hundreds of people braving the icy water in this famed tradition, and you’ll also be helping raise money for charity. The Polar Bears claim to be the oldest such club in the country and its members swim together weekly all winter long, in blizzards and waist-high snowdrifts. They each have their own reasons for participating in the sport, but the one they share in common is camaraderie.

Visit our friends at matadornetwork.com

How to Make Tweezing Your Eyebrows Less Painful