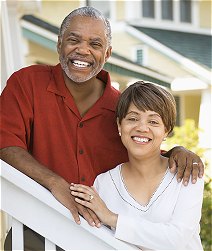 As I have discussed in other articles, Complex Post Traumatic Stress Disorder (C-PTSD) is a unique condition that is the result of suffering a series of traumatic incidents over a long period of time at the hands of someone the victim has a dependent relationship with, usually a parent or other primary caregiver. C-PTSD shares many features of the better known PTSD (Post Traumatic Stress Disorder) which is the result of a small number of impersonal traumas, such as car accidents. However, it also has many unique features, which give it a dual nature, in some ways more similar to some personality disorders, or other disorders such as bipolar disorder, with which it is often confused.

In my work with clients who suffer from C-PTSD, I am frequently struck with how difficult it is for them to lead fulfilling lives. It is one thing to analyze symptoms like dissociation, emotional dysregulation, depression, or anxiety, but another to appreciate how they interfere with the life of C-PTSD victims on a daily basis. One of the most tragic ways that plays out is the way that C-PTSD makes it difficult for sufferers to form and sustain strong and fulfilling interpersonal relationships. While there are some people who are genuinely happiest on their own, for the vast majority, successful relationships are essential to long-term happiness and life satisfaction. The difficulty that sufferers from C-PTSD face in maintaining stable relationships, is, in fact, one of the major obstacles to their overcoming the legacy of their earlier traumatic experiences. Among those who successfully “recover” from C-PTSD and go on to lead satisfying lives, a supportive loving relationship almost always plays a key role in getting them there. It is therefore doubly tragic that C-PTSD frequently prevents its victims from forming relationships of this sort.

There are many reasons why C-PTSD sufferers find it hard to form healthy relationships, but these are some of the most common.

They often choose the wrong partner.

As a rule, sufferers from C-PTSD had unhealthy relationships growing up and, often, this influences their choice of romantic partners later in life. Behaviors that others would see as warning signs go under their radar or, worse, they are positively attractive to them. Another factor is that they are often so desperate for the experience of love and validation that they are open to exploitation by abusive and manipulative partners. Such people can easily recognize the signs of someone who is easy to abuse and control and may even actively seek them out.

Sufferers from C-PTSD should therefore always be alert for the signs of a potentially abusive relationship and be open to discussing new relationships with their therapist.

They are uncomfortable with intimacy.

People with C-PTSD have the same desire for intimacy and attachment as anyone else. At the same time, however, they often find it difficult to engage it in practice, sometimes withdrawing in ways that are bewildering or hurtful to their partner. This is particularly true when there was a sexual component to the abuse the sufferer experienced earlier in life. Working through such difficulties with intimacy is a major task in therapy for C-PTSD.

They are often difficult to live with.

This is a difficult issue to discuss, but it is important for both sides of the relationship to recognize. The fact is that living with someone who, for example, is triggered by innocuous remarks or certain TV shows into having dissociative episodes or extreme emotional outbursts is hard. Life with a C-PTSD sufferer can be bewildering, stressful, and draining. At the very least it’s hard work.

Billie Eilish Speaks Against the Term ‘All Lives Matter’…

Hard, however, is not the same thing as impossible and there are plenty of men and women out there who have successfully found love with a C-PTSD sufferer. The key to success is openness and full disclosure. If a partner is aware of what triggers your symptoms then he or she can take steps to avoid these triggers, taking a major source of stress out of your relationship. In addition, simply having a better understanding of what the C-PTSD sufferer is going through can help them put up with the difficult times and provide the emotional support they need. It may often be appropriate for the partner to join in some sessions with the therapist to help this process.

They find it difficult to trust.

People with C-PTSD have it precisely because they were abused by people who were in a position of trust. It’s not surprising, therefore, that they often have issues with trust. This can frequently be bewildering for their partners. The person they found that was once, if anything, overly eager for connection and affection, suddenly draws away for reasons that seem to them unclear. Once again, the key is mutual understanding guided by a therapist.

Those in a relationship with a C-PTSD sufferer need to understand that they cannot always help behaving the way they do, and need love and support as they learn to control their behavior. The partner with C-PTSD needs to appreciate that he or she is not always easy to be around and be open about their struggles. Both sides should reflect on and discuss what the C-PTSD sufferer is learning about him or herself in therapy and how they can use that knowledge to make the relationship stronger.

7 Keys for Moving on After Divorce or a Break Up

Louvre Abu Dhabi: first look inside the £1 billion art museum in the desert

Amazing places you won’t believe are in Scotland