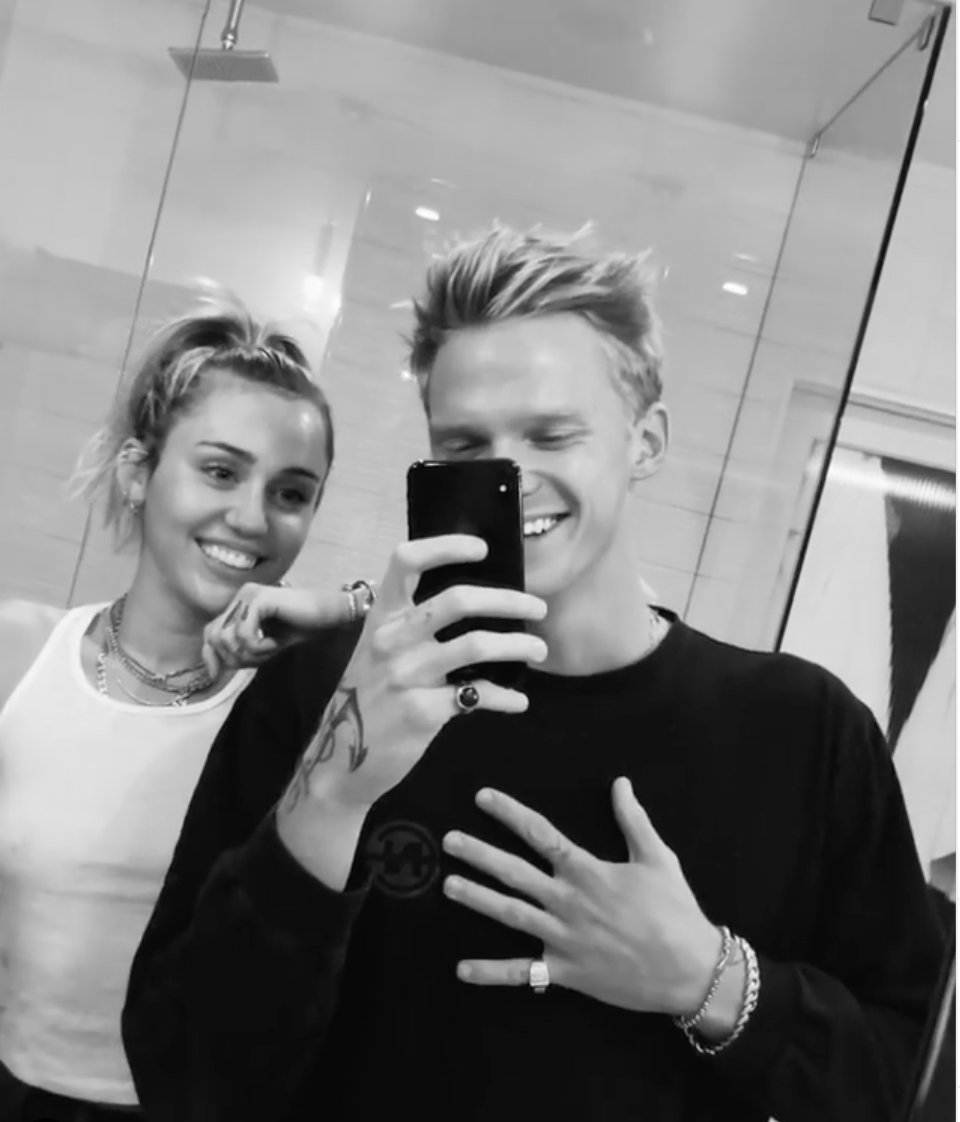 Cody Simpson and Miley Cyrus spent their first Thanksgiving together in Nashville this week, and as December begins, the two are about to celebrate their two-month anniversary of making their fling very, very public. E! got some details about what things are like between the two now as the milestone approaches. They’re doing great, and Cyrus’ family loves him.

“Cody came out to Nashville for Miley’s birthday and stayed for Thanksgiving,” a source told the outlet. “Miley’s family loves Cody and was happy to have him stay. They all celebrated the holiday together at Miley’s family house. Everyone gets along very well and Miley’s siblings have welcomed Cody in. Their relationship is fun and easy. He’s one of the crew.”

Cyrus has been on vocal rest these past couple weeks after she got vocal chord surgery. Simpson, E!’s source said, has been doing a great job being there for her. “Cody has been very supportive throughout her recovery and she is very happy with him,” the source said. “They are doing well together.”

Already in their first two months of dating, Cyrus and Simpson have had to silence breakup rumors. A report surfaced that the two were on a break, and Simpson debunked it by posting an Instagram Story of his phone background, which was a childhood photo of Cyrus.

Cody’s phone background that he showed on his Instagram Story.

At the same time, two sources told E! that there was no truth to the rumors they were on a break.

One source clarified their relationship is a little untraditional: “Miley always made it clear to Cody that she likes to have freedom and he always understood the dynamic of the relationship. They have been friends for years and will always be, and are currently fine and on great terms.”

A second source explained that they do cope with long distance from time to time because of work, but they are making their romance thrive despite it. “She has a busy schedule and a lot of work commitments that have kept them apart,” the source said. “But when they are together there’s no doubt they are crazy about each other.”

Alyssa Bailey
News and Strategy Editor
Alyssa Bailey is the news and strategy editor at ELLE.com, where she oversees coverage of celebrities and royals (particularly Meghan Markle and Kate Middleton).

Olivia Jade: “I’m Terrified to Make This Video and Come Back”

Just back from: Uzbekistan

We Proposed To Each Other | Non Traditional Wedding