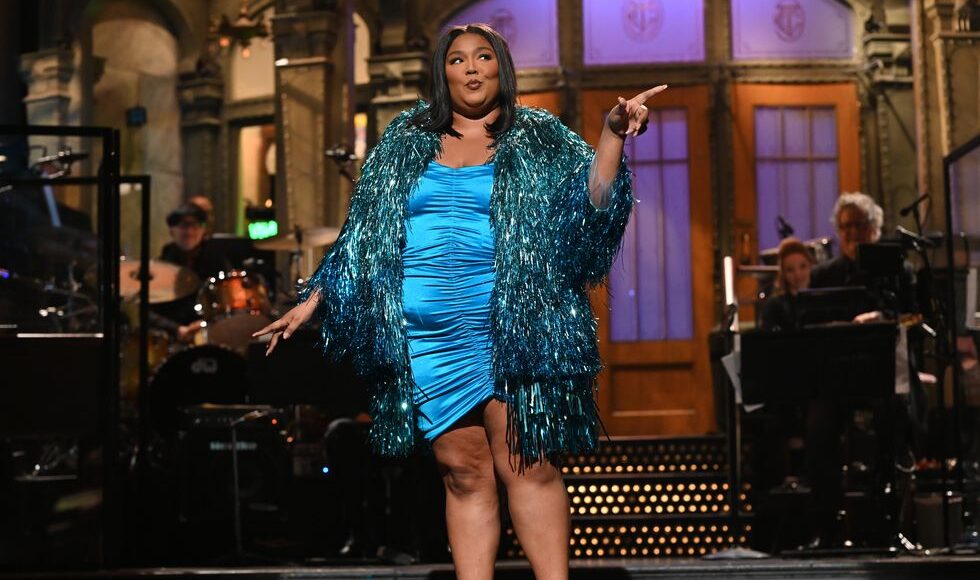 This weekend, Lizzo made her debut as a host on Saturday Night Live and a return performance as the night’s musical guest, pulling double duty. Of course, she knocked her opening monologue out of the park. The musical artist has a sense of humor about herself in interviews and on social media, and she brought that energy to the show immediately.

“My name is Lizzo and, yes, I’m shocked I have clothes on too,” she joked after a warm reception from the audience. “I’m really excited. Tonight, we’re going to make history! That’s right, we’re going to break the record for the amount of time ‘b-tch’ is said on live TV!”

She then decided to “address some rumors” she’s heard about herself online, and why it made her a bit nervous to host.

“I read a lot online that I’m dating every little white boy in Hollywood,” Lizzo said. “They think I’m collecting members of one direction like infinity stones. I even heard a rumor that I’m pregnant with Chris Evans’ baby. I have no idea where that one started.”

But then she added, “It could be the TikTok where I said, ‘I am pregnant with Chris Evans’ baby.’ It’s called manifesting, okay?”

That’s right, we’re going to break the record for the amount of time ‘b-tch’ is said on live TV!

Lizzo explained a bit more about what it was like to be nervous hosting an episode of Saturday Night Live.

She added, “But I’m thrilled to be hosting this particular episode, especially because I do love tonight’s musical guest: Me!”

I Couldn’t Find Accessories For My Coily Hair, So I Made My Own

An expert cruise guide to Heraklion, Crete: A busy harbour…