Mashed Potatoes Will Never Let You Down 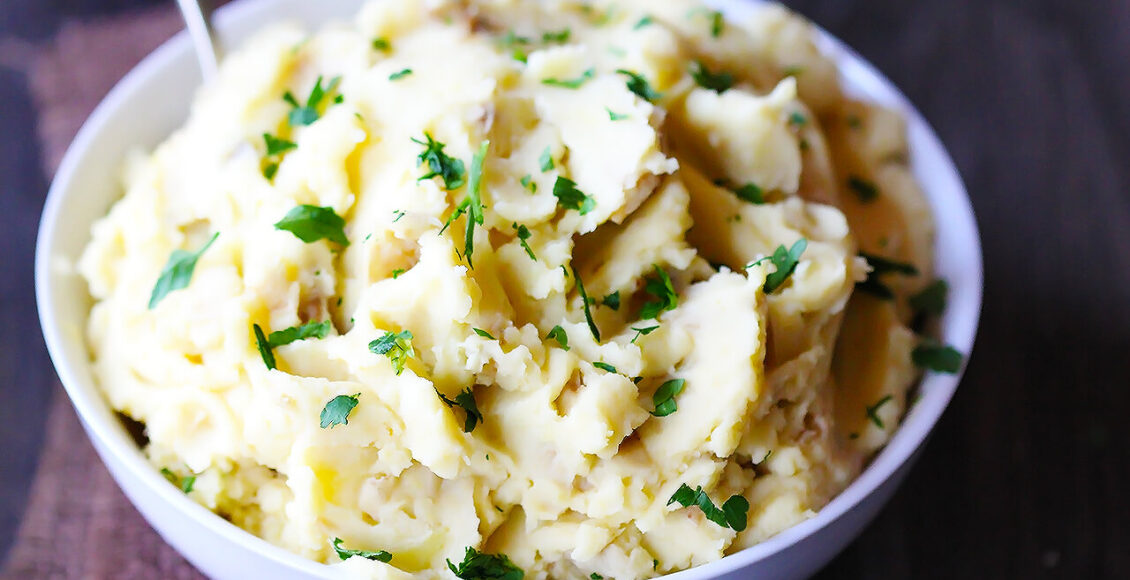 Gimmicks are lame as hell. Remember when everything had to be bacon wrapped? I haven’t been served a scallop in seven years without it. But it’s 2017 and D****d T***p is POTUS, so in honor of his skin tone, America has been given a Thanksgiving gimmick for the ages: a Flamin’ Hot Cheetos Turkey. I don’t have to point out all the ways that this objectively sucks, but the only good thing about this abomination is that it’s now easier than ever to identify the family member who deserves to be disowned, once and for all.

Holy shit, look at that butter!

Can I get an Uncle Jesse ‘Have Mercy’ for the buttery-smooth goodness you’re looking at right now? Probably not, right? Because you’re thinking about turkey or you’ve already left this article to read some cool-guy garbage about why cheap cranberry sauce that retains its can’s ridges can’t be beat.

I’ll do my best not to sit here and explain why mashed potatoes are good. You already know that. But the message I’d like to send this holiday season is to take a few minutes to appreciate the role they play on your plate each year.

M.P. (I’m personifying them now) will never let you down, because they’re impossible to mess up. I raved about my grandmother’s mashed potatoes growing up, only to find out they were made from a packet by Idahoan the whole time. Now I keep Idahoan on deck, year round.

“If it ain’t broke, don’t fix it,” is what I imagine went through my Grandma Isabelle’s mind when deciding to go the packet route.

If you’re a mixer, like I am, mashed potatoes are also quite literally the glue that holds your Thanksgiving together—the perfect vessel for delivering all of the Thanksgiving flavors to your mouth at once.

Uncle Jimmy being a dick again? Mashed potatoes is the best dish to launch via spoon, covers the most ground, and is the easiest dish on the table to clean up. Fling some his way and hope it hits him right in the MAGA hat.

And lastly, let’s consider the long game. On Black Friday, before you enter the kill-or-be-killed trampling fest at Saks Off Fifth, you’re going to need your strength. Reheated, dried-out turkey will only get you so far. Think of the tryptophan.

Instead, grab your tupperware of taters, a tablespoon, a pan, and some olive oil. Yesterday’s mashed potatoes are this morning’s potato pancakes. Hell, throw some cheese on top, because you’re an American, dammit, and you won’t eat anything plain.

There’s just nothing quite like mashed potatoes. And though they live in a world where that fat bird gets all of the attention, all of the branding, and all of the Flamin’ Hot Cheetos dust, turkey would be nothing without a little mash by its side.

If nothing else, saying you’re thankful for mashed potatoes will always be better than, “I don’t know what to say.”

And just like that, mashed potatoes bailed you out of Uncle Frank’s evil eye and replaced it with a chuckle.

Travel Vaccination Guide: Which Shots Do You Need?

Desert, flamingos and snow: Why Chile provides a road trip like no other

You Can Successfully Grow Hops on Mars, So Let’s Hurry Up and Colonize It…