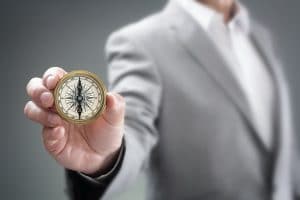 In this polarized political climate, people are vocal about their perceptions of right and wrong. What might appear to be simple, has become complex. The values we hold are, in part, offered up by the adults who raised us, by the culture in which we were entrenched and by our willingness to learn and adapt to new ideas that come our way.

In a world with so many diverse beliefs and values, how do you determine right from wrong? I know someone who believes that there is no such thing, and that we should just honor people’s feelings. That doesn’t sit right with me. What if I feel like taking something that doesn’t belong to me or spew hatred because someone is different from me or strike someone because I am angry with them? I was taught that those were in the no-no category. In this case, morality seems absolute and not relative.

A few years ago, I attended a professional conference at which a presenter who was also a therapist was describing a case he had worked on for many years. The client was a young boy who had commandeered a school bus after setting a fire at school. He was angry because his parents had been arrested for robbery and were going to jail. His counselor at the time told him that his parents needed to be incarcerated since they had broken the law and he was none too happy with that answer.

The new therapist took a different approach. He asked the boy to tell him about his life. His grandmother was raising him, along with several of his cousins whose parents were also in jail. Grand mom was loving, but also reinforced the family business, which was grifting. Their belief was that only family could be trusted and everyone else were “marks” who were there for taking advantage of if the opportunity presented itself. Knowing this was their informal creed, he told the boy that the clan needed their very own lawyer to defend the various family members should they happen to get caught and that he could be that attorney. He liked the idea, of being the chosen one, as did his cousins who made sure that he stayed out of trouble.

The boy completed high school and went on to law school and when he graduated he fulfilled that role. Mission accomplished, according to the therapist. Not so, in the mind of this clinician. I raised my hand and asked if he had attempted to instill a sense of morality and empathy in the young man, and he answered, “No,” and went on to say that he needed to remain neutral and that it wasn’t his business to instill his own sense of morality. I wholeheartedly disagreed and told him that it is my job as a social worker to at least point out that what he did was harmful to others.

As a Licensed Social Worker, I am required to adhere to the National Association for Social Work (NASW) Code of Ethics and to take an ethics class every two years to maintain my licensure. In it, we cover topics that have to do with confidentiality, boundaries and appropriate behavior that is first and foremost meant to be in service to the client population with whom we work. It touches on the importance of worth and dignity of the client, and operating within the rules of the agencies by which we are employed.

An article published in Greater Good Magazine, states, “a recent Gallop Poll indicates that nearly 80 percent of Americans rated the overall state of morality in the United States as fair or poor. Even more troubling is the widely held opinion that people are becoming more selfish and dishonest. According to that same Gallup Poll, 77 percent of Americans believe that the state of moral values is getting worse.”

One place in which values and morals are considered fodder for conversation is in the business world. Is it acceptable to take credit for a colleague’s work? Is it permissible to pilfer office supplies from your employer? Is it okay to take extra change from the cash register or food from the pantry where you work?

A principle known as Kohlberg’s Stages of Moral Development sets the stage for our understanding of what is right and wrong. It is broken down into concepts that guide decision making as we mature. One of the landmark cases that Kohlberg put forth was called Heinz Dilemma, which describes a man who steals a drug that his wife needs to survive, from the inventor who is overcharging by 100% and won’t allow the man to pay less. I recall hearing about this while in graduate school and it tested my own moral sensibilities.

“I can feel when someone or something resonates with me. Then when someone doesn’t with my beliefs I let them go. Surrender the idea that I am in charge of anyone or anything. Compassion seems to follow.”

“Does it feel right? Are your actions or decisions helping or hurting, I believe we all know deep in our soul right from wrong.”

“As a child, I was first born. In charge, bossy, and pushy. As I grew older, this very slowly, too slowly, diminished. At about the 3/4 point I started to see things differently. I see things as I think they really are. I believe that is what everyone does. Any bad reaction a person might have, such as anger or violence, belongs to them. Not good, not right, but not yours. I have noticed, that as I changed, I stopped seeing these behaviors in other people.”

“The golden rule: don’t do anything that you wouldn’t want someone to do to you. Doesn’t mean it’s wrong or right — that is determined by each person, their experience, their perspective. And of course, we have laws. They pretty much cover it. Outside of that, we model better behavior and hope evolution takes care of the rest.”

“Some things in life are indeed black and white and are indeed objectively right or wrong. Lots of things in life are gray, and leeway in considering another person’s opinion/feeling/belief is appropriate. But moral relativism only goes so far. To say that there is no right or wrong ‘and that we should just honor people’s feelings’ is emotionally lazy and shows a lack of integrity.”

“One way to frame such things is in light of what works and what doesn’t. In this light, to behave without integrity is not wrong, however, it does have a cost. When integrity is out agreements don’t work when agreements are not reliable, possibilities are limited.”

“It’s all about tolerance and not hurting others. If your religion teaches peace, love and respect then it should be celebrated. There is no place for hatred, bigotry and extremism.”

“Some things are universal. I know of no culture, religion or philosophy that condones theft or violence, at least on the individual level. They all seem to condone such things when done by the State though.”

“I believe that in healthy humans there is an inner compass that guides right from wrong. It may get modified through various lenses of philosophy, religion, and culture, but I think seeking peace and integrity and not causing harm are pretty universal. Unfortunately, it is also possible to get estranged from that compass, so it is good to stay in balance and in touch with it as much as we can.”

“Years ago, I met Joseph Fletcher who wrote the ‘Situational Ethics.’ Unfortunately, right wingers jumped on this without thinking it through. What he DID NOT mean was that was no right or wrong. What he meant was that each situation presented itself with a new set of facts…. new data and that there is no way to decide what is right if you don’t fully know the situation. He did not mean that values are simply “relative” but that they look different in each scenario. Later theologian Joseph Mathews more fully developed this idea and more accurately called it Contextual Ethics. Another way to say it (along with Bohnhoeffer) is that this situation, whatever situation it is, is an opportunity to “judge, decide, weigh up, decide and act.”

“Wrong does not cease to be wrong because the majority share in it.” ― Leo Tolstoy, A Confession

10 Different Types Of Kisses You Should Not Miss

How is an Inactive Lifestyle causing your Health Problems?

Book Review: I Fell In Love With An Asexual