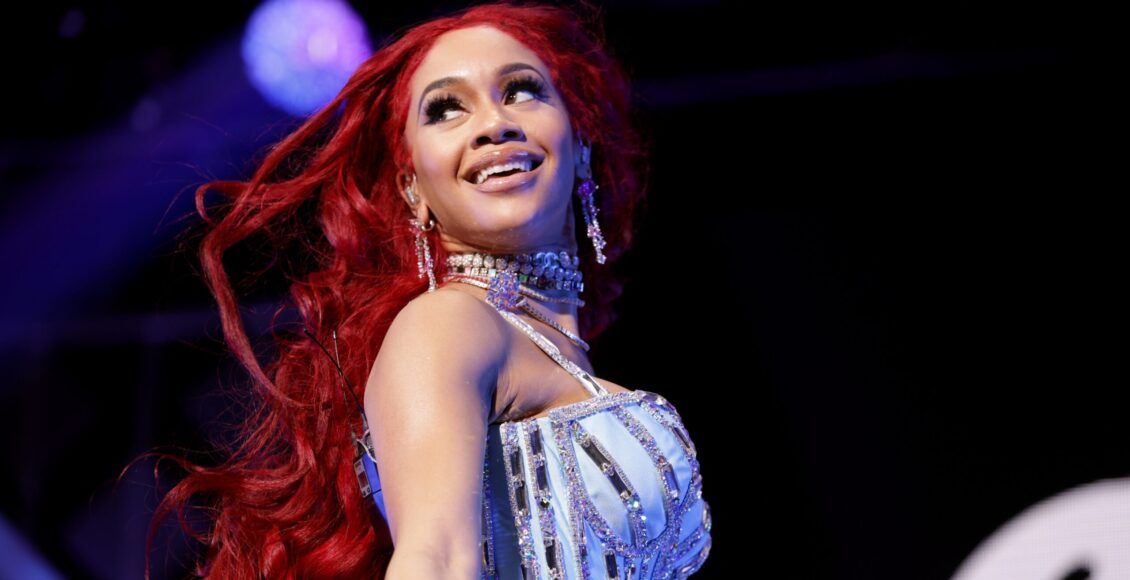 Saweetie has been changing her style so fast these days that we can barely keep up. Just four days after serving an intriguing green hairstyle and matching claws at her Super Bowl pre-game brunch, she’s given us another never-before-seen look — and it may be our favourite yet.

The “Closer” rapper posted a carousel of eight images to Instagram on February 17, the first one of which she’s staring directly into the camera with a baby smize. All eyes were on one thing: her new hair. Gone was the green lob and instead, her hair is longer with waves sitting just above her chest, and it’s a dark brown shade. Most importantly, the singer has debuted money pieces; the side bangs extending from her middle part are blonde. Although the two different shades of her hair are drastically different, the contrast works, and is far from harsh. Her makeup was kept simple with some neutral eye shadow, eyeliner, nude gloss, and, of course, lashes for days.

“Only store ’em under nicknames,” her caption reads, and we’re left to wonder if those words might be some future song lyrics.

But if we know Saweetie, she’s never without top tier nails in addition to her A-plus hairstyles. The photos feature bright red claws, acrylics or press-ons perfectly filed with some of the pointiest ends we’ve ever seen. Meanwhile, the rest of the photos seem to be from a shoot: she shows off her new ‘do while sitting on a couch and striking different poses in a dimly lit room with a spotlight directly on her. Her ‘fit was striking too; she wore a nude sweater layered over a white collared shirt, a grey belted mini-skirt, and black and white pumps with grey socks.

It’s clear now more than ever that Saweetie never misses, and we can’t get enough of her limitless range of looks. If you need us, we’ll be refreshing our IG feeds until we see her next one.

The best and worst mobile providers for data roaming charges

In Praise of the Mighty Molcajete

Avalancherisk at highest as worst weather in 19 years…