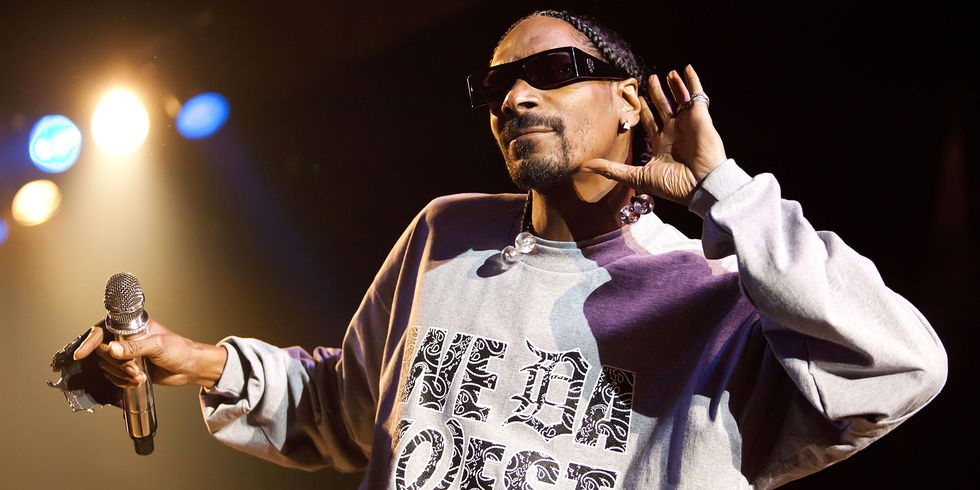 Snoop Dogg is releasing a cookbook that features exactly zero recipes that call for marijuana. But don’t worry; there are some other culinary gems.

“From Crook to Cook”

The cookbook, which is called From Crook to Cook: Platinum Recipes from Tha Boss Dogg’s Kitchen, features recipes for mac and cheese, “billionaire’s bacon,” and holy hell, lobster thermidor. There’s a section dedicated to munchies, where you’ll find a shopping list that includes Frito BBQ Twists, Starbursts, and Flamin’ Hot Cheetos. And for the cocktail crowd, there’s a recipe for, what else, gin and juice.

According to publisher Chronicle Books, these are all taken from Snoop’s own collection. Including the lobster thermidor. As the Snoop writes in the cookbook, “I like to serve the lobster claws whole so we can all get it crackin’ together with that extra meat and wild out at the dinner table.”

From Crook to Cook doesn’t drop until October 23, but you can pre-order it here. Though Snoop has shared a long and fruitful friendship with Martha Stewart, she does not appear to be involved.

Whole Fat Yogurt and Other Dairy Is Healthy, So Why Are We Still Eating Low-Fat?

We Now Exist in the Same World as Steak Vending Machines

Price cut on this drone with camera live video

Things to Take Care of Before Getting Married