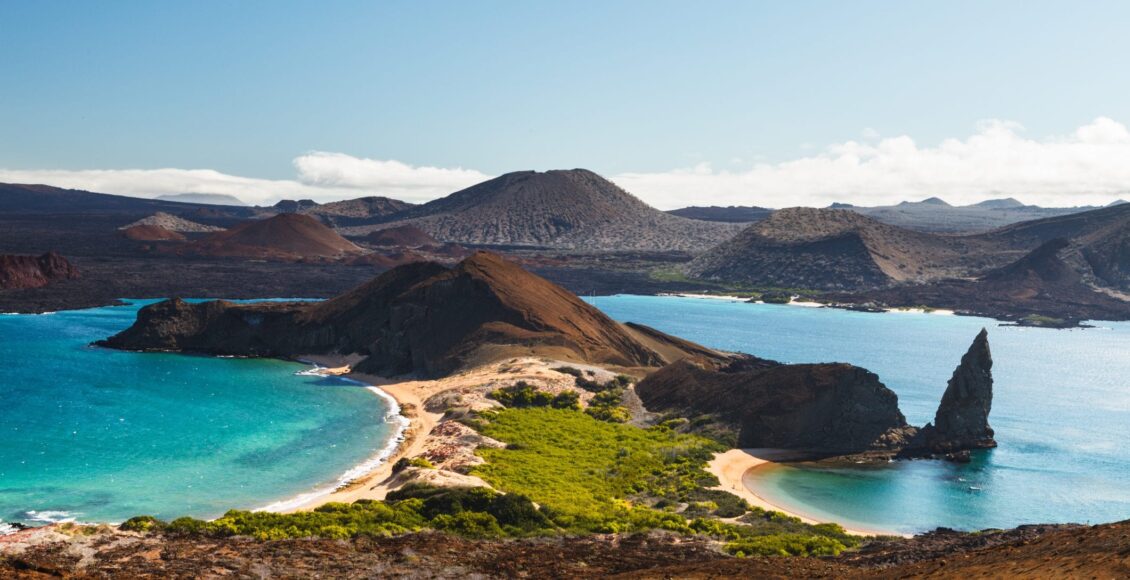 Think Galapagos and what springs to mind? The bountiful birdlife, the playful sea lions, Charles Darwin – who died 140 years ago today, the dulcet tones of David Attenborough, who’s likely brought this wondrous archipelago into your living rooms? At least one of those things, probably.

But there’s another side to Galapagos you might not know about; a secret, sometimes sinister side that’s just as fascinating as the wildlife.

The islands’ furtive history was revealed to me during an encounter with the veteran tour guide, Klaus Fielsch, an engaging, floppy-haired raconteur who has dedicated much of his life to studying the archipelago.

The setting was perfect: dusk at the Finch Bay Hotel on Santa Cruz island, next to the poolside bar, overlooking the beach. Birds tweeted from the mangroves, herons stalked the shore and beers slipped down in step with the sun. Rarely had I felt more content.

The human story of Galapagos, explained Klaus, did not begin with Charles Darwin, though his visit in 1835 certainly helped put the islands on the map.

Everything You Need To Know About Driving In Costa Rica

No. By the time Darwin arrived, Galapagos was already a hunting ground for US whalers, who, as well as plucking creatures from the water, were also responsible for decimating land-based wildlife.

“The whalers were here for long periods and needed food, so they hunted Galapagos tortoises,” Klaus told me, with exaggerated hand movements. “Tortoises were highly valued by sailors because they could live for years in the hold of a ship and provide fresh meat on long voyages.”

They were also easy to catch, thanks to their glacial pace.

Klaus explained how one fateful hunt in 1820 resulted in the eradication of tortoises from Floreana island. The entire population, he said, perished when crewmembers of the ill-fated whaling vessel, Essex, torched the island.

These One-Minute Pickled Onions Are Your Sandwich-Making…

Travel Vaccination Guide: Which Shots Do You Need?