This Is Why You Need To Visit The Big Island Of Hawaii! 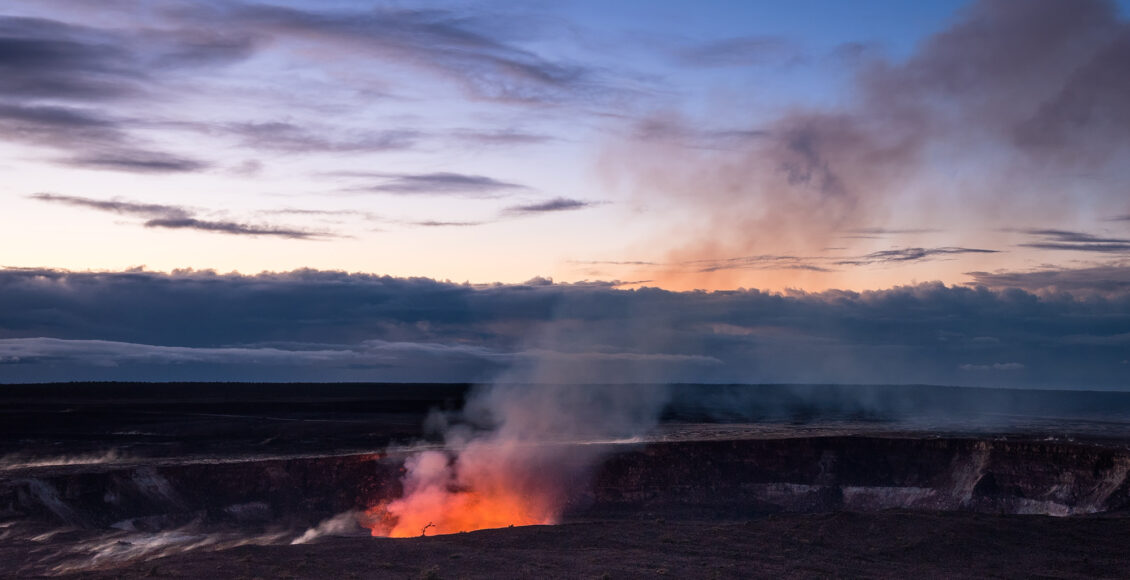 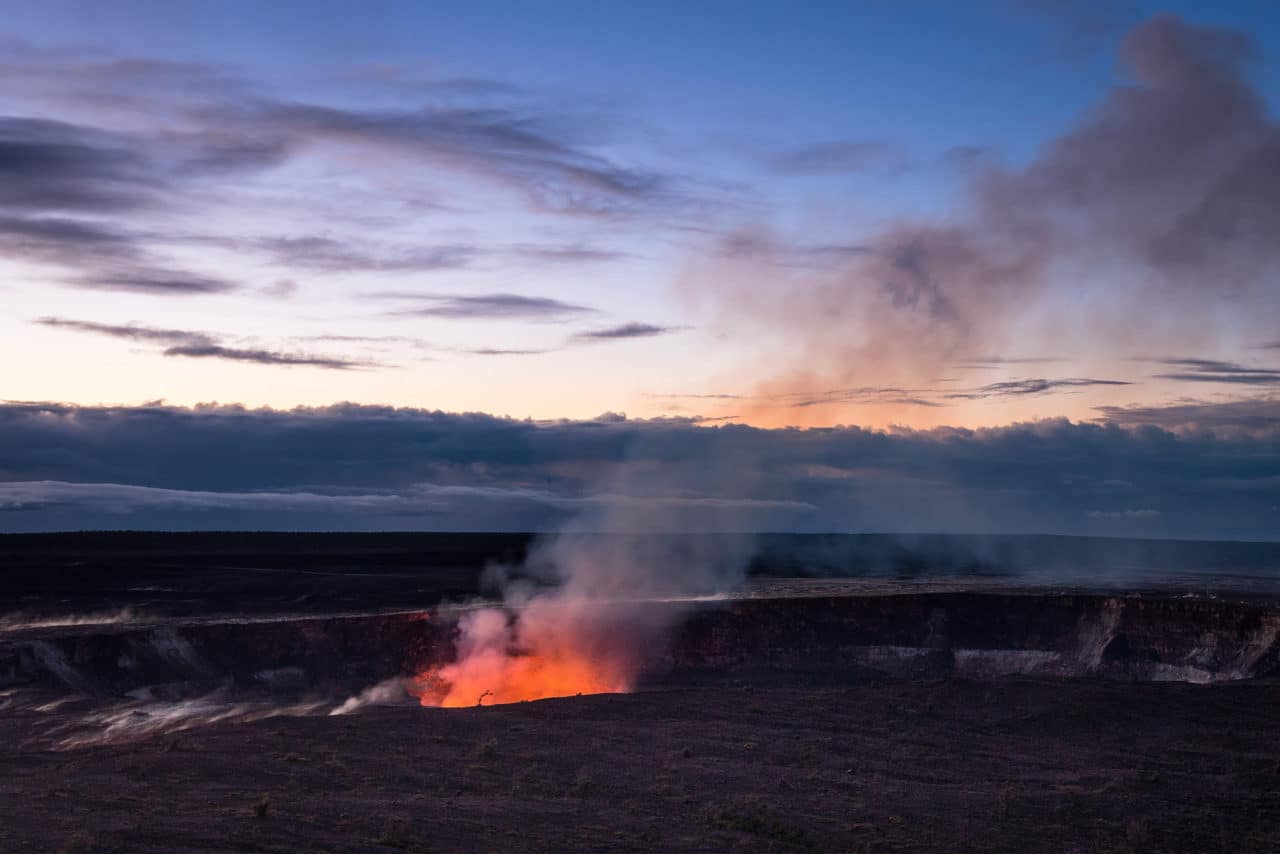 Things To Do On The Big Island

I’ve wanted to visit the Big Island of Hawaii for years, mainly because of the Kilauea volcano. But there’s so many other cool things to do there too! Here are some of my favorites.

Did you know I once lived in Hawaii? On the island of Oahu, for a year back in college. Oahu is the most popular and busiest Hawaiian island, but The Big Island of Hawai’i is the largest, and incredibly it’s still growing!

When I lived on Oahu, I was a broke college student who couldn’t afford to visit the other Hawaiian islands…

However after my recent trip to the Big Island, I can’t believe how much I was missing!

With so many adventure activities, a laid-back attitude, and far fewer people, it really demonstrated how different the Hawaiian islands can be.

Planning a trip to the Big Island? Here are some of the best things to do!

Best Of The Big Island!

Because the Big Island is, well, so big (4,028 square miles, a bit smaller than Connecticut) — driving around it takes a long time. You won’t be able to do everything unless you stay a while.

I’d recommend visiting for at least 4-5 days, however a full week should let you experience the best of what this beautiful Hawaiian island has to offer.

While the Big Island has some nice beaches, it’s really not a typical “beach” destination like Oahu is. Most people travel to the Big Island for the many volcanoes — both active and dormant.

You can find stunning beaches all over the world, but visiting an actual erupting volcano is much more unique!

I think another highlight of the Big Island is fewer tourists, and a laid-back country vibe — making it a great place to relax if that’s what you’re after.

Things To Do On The Big Island:

In the Hawaiian religion, Pele is the goddess of fire, who lives in the active Halemaʻumaʻu crater of Kilauea Volcano at Hawaii Volcanoes National Park.

The Hawaiian Islands are essentially a chain of massive volcanoes, and the Big Island is over the hotspot right now, so the island is still being formed by these active lava flows & eruptions.

Hawaii Volcanoes National Park is pretty big, with tons of different things to do. It’s open to the public 24 hours a day, year round.

Crater Rim Drive – Driving your car along this route is the easiest way to see the park, it’s an 11 mile route full of scenic overlooks and interesting stops.

Jaggar Museum – A museum on volcanology with displays of equipment used by scientists to study the volcano. Also one of the best views of Halemaumau Crater!

Thurston Lava Tubes – A cool lava tube/tunnel you can explore after a 20 minute walk through a tree fern forest.

Kīlauea Iki Trail – This 4 mile (6.4km) loop trail takes you into a former lava lake that erupted with 1900 foot tall fountains of lava back in 1959.

Where To See Lava Flows?

If you drive up to Jagger Museum at Halemaʻumaʻu Crater, you might catch a glimpse of lava bubbling in the distance. But nighttime is the best time to visit, as the whole crater glows with red light.

To see lava up close, you’ll need to visit the Kalapana Lava Viewing Area, an hour long drive away from the National Park entrance (and closer to the town of Hilo). After the road ends, it’s another 3 miles by foot or rented bicycle.

To find the lava flow at Kalapana, you can either join a tour, or you can explore on your own like we did. The bike rental places will give you a basic map with instructions on how to find the lava.

The dark black sands of Punalu’u Beach is the result of the Big Island’s long history of volcanic eruptions. It formed over time as hot lava flowed into the ocean, exploding into tiny fragments and washing ashore.

The beach is home to endangered Hawksbill turtles and Hawaiian Green sea turtles that like to sunbathe on the warm black sand.

While it’s a wonderful spot to see these incredible creatures in person, just remember not to get too close.

There are rules in place to protect the turtles from human harassment.

Aside from checking out the turtles, Punalu’u is also good for swimming, snorkeling, walking, or even camping (with a permit).

The water of Kealakekua Bay is crystal clear, and full of colorful fish and coral reefs. It’s also where Captain James Cook, the first Westerner to visit Hawaii, was killed in a skirmish with Native Hawaiians.

The bay is one of the best places to go snorkeling on the Big Island. Most people book snorkeling tours by boat, but for the more adventurous, you can also rent a kayak and explore on your own.

Anna & I rented a two-person kayak from Kona Boys and spent the morning swimming with tropical fish. Occasionally you can even find spinner dolphins and sea turtles!

Unfortunately we didn’t see any dolphins that day… but we heard they were spotted further down the coast.

On the East side of the bay you’ll find the ruins of a Hikiau heiau (sacred temple) dedicated to the Hawaiian fertility and music god Lono.

Watch the Sunset from Mauna Kea

Did you know that it snows in Hawaii? And that Hawaii is actually home to the tallest mountain in the world? Well now you do!

At the summit of this long dormant volcano lies the Mauna Kea Observatory, a collection of 13 high-powered space telescopes.

Driving up to the observatory for sunset is a popular activity, and so is late-night stargazing. There are also a few short hikes around the top of the volcano. In the winter, the summit can be covered with snow.

Our Fun Cottage in Holualoa

Sitting along the fertile slopes of the Hualalai Volcano above Kailua-Kona lies the artist-friendly town of Holualoa, where we based ourselves on the western side of the Big Island.

Holualoa has tons of small-town charm, with a winding two-lane road lined with art galleries, coffee shops, and friendly locals. It was the perfect place to relax after our different adventures.

We stayed at the Holualoa Inn, in the heart of Kona Coffee Country. In fact, the inn grows its own coffee, fruits, vegetables, and collects eggs from a chicken coop out back.

When not off exploring the rest of the island, we were strolling through Holualoa Inn’s zen gardens, sunbathing by the pool, or getting a massage on our cottage’s lanai.

The Hawaiian islands are full of beautiful beaches, but one of the most peculiar is the green sand beach of Papakolea located on the South West coast of the Big Island.

This 49,000 year old cinder cone belonging to the Mauna Loa volcano contains billions of green crystals called olivines that give the beach its name.

Papakolea is a bit off the beaten track, and not easy to reach. The hike out is 5-miles (about two hours) round trip, so be prepared with plenty of water. There’s nowhere to hide from the sun either.

However this also means only the most adventurous souls make the trek — limiting the number of people out there.

Snorkeling with Manta Rays in Kona

Just off the coast of Kona, groups of huge 20 foot (6 meter) wide manta rays soar through the water hunting for plankton to eat. It’s possible to jump in the water at night and watch them feed.

Our manta ray adventure began by chasing a stunning pink & orange sunset along the coastline on a sailing catamaran with Kona Style.

After the sun went down, we jumped into the ocean and grabbed onto a custom floating SUP board with hand holds. The board also has an ultraviolet light shinning down onto the ocean floor.

The light attracts millions of microscopic plankton, and the graceful manta rays swim under you to scoop them up in their massive mouths. It’s a magical experience! Scuba diving with the mantas is also possible.

You can’t leave the Big Island of Hawaii without getting your caffeine fix at one of the world’s most famous coffee towns. Kona’s rich volcanic soil helps produce smooth coffee with low acidity.

There are roughly 600 coffee farms in the Kona area, and many offer tours to the public, some are free! The most famous one is probably Greenwell Farms.

Or, if you just want to visit some great local cafes, make sure to check out some of our favorites including Holuakoa Gardens Cafe and Kona Haven.

As a hardcore coffee lover, I was in heaven trying all the different types of Kona coffee around town. Make sure to bring some home too!

At a towering 442 feet tall, Akaka Falls is Hawaii’s largest waterfall. It’s located in Akaka Falls State Park, about 11 miles north from Hilo. Entry into the park costs only $5 per car.

The easy 0.4-mile loop hike takes you through a lush jungle filled with orchids, bamboo trees, and a stream-eroded gorge. You can complete the whole thing in about 30 minutes.

Akaka Waterfall can be viewed from several points along the trail through the park, but the best spot is from high above on the edge of the gorge. Late morning is a good time to visit so the sun will be shining on the falls.

In ancient Hawaii, long before it became a state, local sacred laws or kapu governed every aspect of Hawaiian society. The penalty for breaking these laws was death…

But if the criminals managed to get themselves to a pu’uhonua, or place of refuge, they were absolved of their crimes and could return to normal life.

Today you can visit Pu’uhonua o Hōnaunau National Historical Park to experience the history of this place, still considered a sacred site.

The Hale o Keawe temple located here contains the bones of chiefs that infuse the area with their mana (power). Dramatic looking wooden statues called Ki’i act as guardians to the bay and nearby temple.

Getting To The Big Island

You can try flying directly to these airports, or hop on a short 40 minute flight connecting from Honolulu.

We choose to visit the Big Island after our trip to Oahu, booking a one-way flight to Hilo, renting a car to drive around the island, ending in Kona, where we flew out from.

Generally Kona is the more popular destination/airport for travelers.

For most of our trip, we stayed at the beautiful Holualoa Inn outside Kona in the small village of Holualoa. It was the perfect place to relax after exploring the island all day.

Its position perched on the slope of the volcano gave us awesome views of the ocean and Kailua-Kona area down below, plus the gardens were full of birds and colorful green geckos.

They provided yoga classes, snorkeling equipment, as well as excellent food and coffee sourced from their own farm. The breakfasts were amazing!

More To See In Hawaii!

While we spent 5 days exploring different things to do on the Big Island, I really wish we’d stayed longer — at least 7. There was a lot more we didn’t get a chance to see!

For example, the Hawaiian cowboy countryside of the Kohala Coast and the thick tropical jungle and waterfalls of Waimea Canyon.

However I know we’ll be back one day, because the amazing Hawaiian Islands are one of my favorite travel destinations in the United States. ★

Have any questions about the Big Island of Hawaii? What about other suggestions? Drop me a message in the comments below!

This is a post from The Expert Vagabond adventure blog.

Visit our friends at expertvagabond.com

The hottest hotels in Italy that you should know about, from Lake Como to Capri

How To Work As An Online Language Translator

Quiz: Which type of solo travel is right for you?