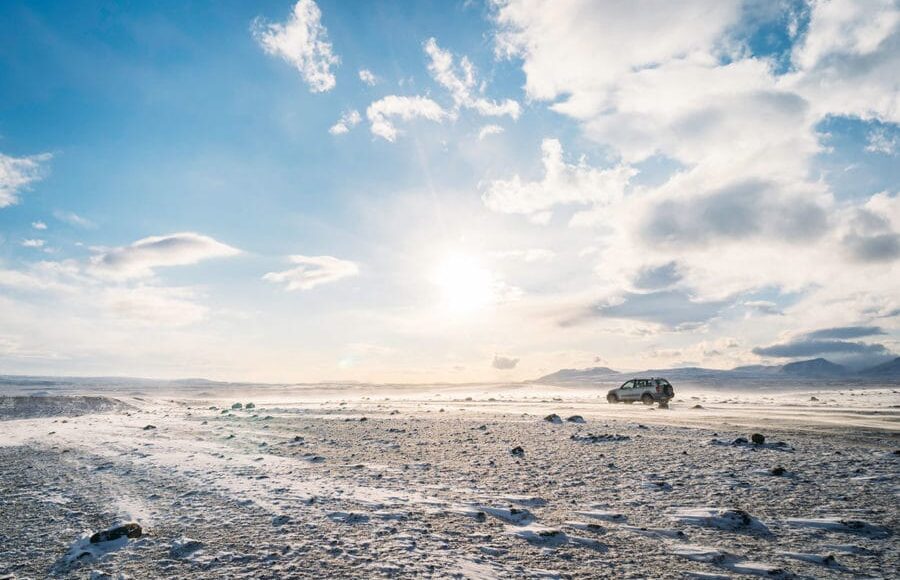 If you’re looking for cool facts about Iceland, you won’t believe some of this stuff! Did you know Icelanders leave their babies outside, they like to eat rotten sharks, and there’s an app to prevent dating your cousin?

This is no surprise considering that Iceland’s diverse topography enables people to visit beaches, glaciers and waterfalls, along with going whale watching and a rare opportunity to see the mysterious Northern Lights.

But there are many other fascinating facts about Iceland to discover too. Here are 25 interesting things about the Land of Fire and Ice that you may not have known before! Plus some general information that can be useful for planning a trip.

Feel free to share these facts at your next cocktail party, to make you look smart.

If you’re like me, you love traveling to places that aren’t overly crowded. Iceland can be good for this, compared to other parts of Europe, as long as you steer clear of the Reykjavik area. The population of Iceland is only 339,462, with more than a third of those people living in the capital city. Iceland is almost the size of Kentucky, which has 4.4 million residents. While tourism has boomed over the last 10 years, there are still plenty of places to explore where you’ll be mostly alone.

2. 2. Iceland Is An Eco-Friendly Country

I was very impressed to learn that the vast majority of Iceland’s power supply comes from geothermal and hydro energy. In other words, this is a country that has clean power and a small carbon footprint. Iceland’s scientists are currently working on a way to harness more geothermal energy as part of a plan that could change the entire world. 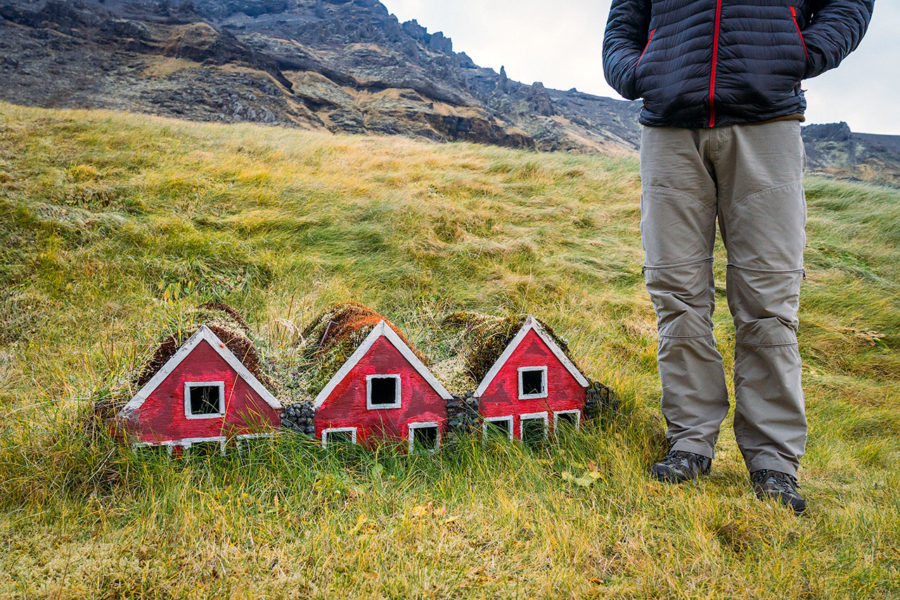 Surveys indicate that 54.4 percent of the nation believes in the existence of huldufólk, invisible elves & trolls living in the countryside, with many others being at least open to the possibility. You can even see evidence of this belief during your trip to Iceland in the small wooden álfhól “elf houses” that some people build for the elves to live in. Iceland even has an official Elf School where you can learn about Icelandic elf history.

Once upon a time, you could dine at one of Iceland’s few McDonald’s restaurants. This changed in 2009, and the Golden Arches don’t appear set to make a return at any point in the near future. I was pleased by this fact, but don’t worry; there are several other fast food chains in Iceland. Hotdogs are particularly popular there!

5. 5. Iceland Is One Of The Safest Countries

Coming from the U.S., I was pleasantly surprised by how rare violent crimes are in Iceland. How rare, you ask? The country was completed rocked by an unprecedented number of murders in 2017: four. In a typical year, there’s an average of 1.6 murders and a very low instance of other violent or drug-related crimes.

This interesting fact is also one of the few things about Iceland that’s not very idyllic. Before the Vikings plundered Iceland, 40 percent of the nation was covered in trees. However, they needed all the trees to build homes, boats, and to clear land for farming. Now, that number is only 2 percent, although reforestation efforts are underway. 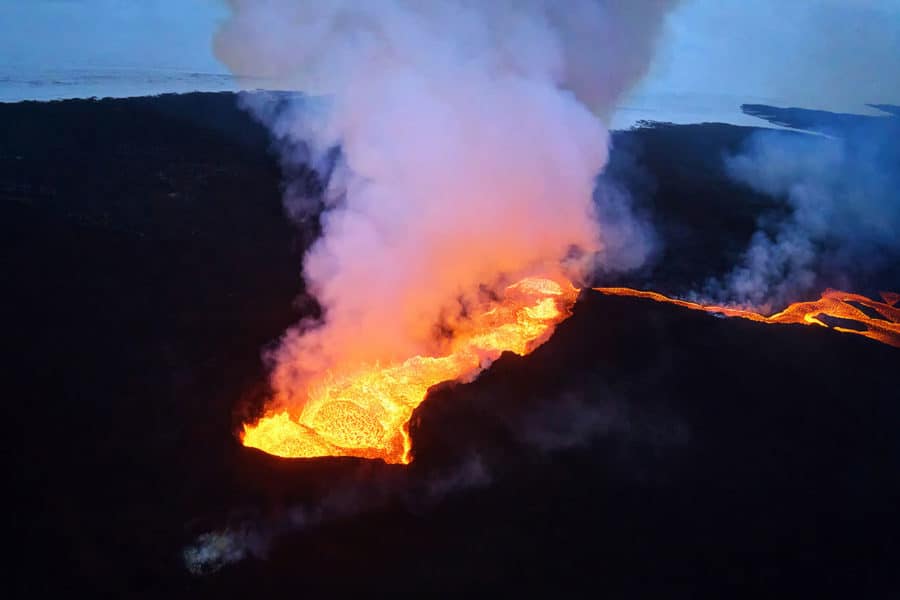 I’m fascinated by volcanoes and was excited to see some of them during my trip to Iceland. Including flying over an active eruption of the Holuhraun lava field in 2014. It was so cool! There are approximately 130 total volcanoes, and 30 of them are active. None are currently erupting (but that can change). Scientists have gotten so good at predicting volcanic eruptions that the risk to residents and tourists is minimal.

Mosquitoes can make life miserable at times in the U.S., so I was thrilled to find out that Iceland is one of the world’s few mosquito-free environments. No matter what time of year you visit, you won’t have to worry about these pests. It’s surprising that the population of Iceland isn’t higher for this one reason alone.

If you’re a big fan of reading, you’ll feel very welcome in Iceland. The country loves books so much that they celebrate every December with the Christmas Book Flood. It’s traditional for families to exchange books and spend most of Christmas reading them.

When a child is born in Iceland, they don’t get the same last name as either of their parents. Instead, their last name is derived from their father or mother’s first name. Musician Björk provides us with a good example. Her father’s first name is Guðmundur. Björk’s full name is Björk Guðmundsdottir, which means the daughter of Guðmundur. 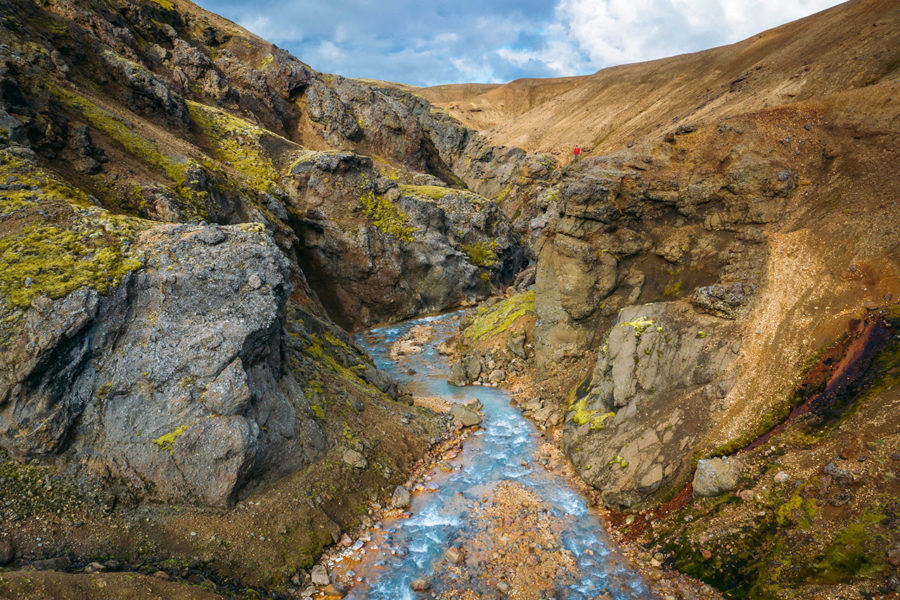 Iceland is a Fascinating Place!

11. 11. Iceland Had A Peaceful Revolution

It wasn’t reported on much in the international press, but Iceland had a successful (and peaceful) revolution. In 2008, the country’s banking system collapsed, unemployment skyrocketed, and citizens were worried supermarkets would run out of food. Iceland’s people took to the streets peacefully protesting with pots & pans, completely blocking all traffic around the capital. Eventually, the Prime Minister and former government were forced to resign, and the people wrote themselves a new constitution.

12. 12. Iceland Is An Egalitarian Society

Iceland takes the idea of equality very seriously. It’s considered to be the most feminist country in the world and also has a long history of being very accepting of the LGBTQ community. Additionally, only 3 percent of the country falls outside the middle class.

I don’t like spending a lot of time in the heat. Iceland is a perfect choice for summertime travel as the average high temperature is only 57 degrees Fahrenheit. The overnight average summer low is 44 degrees, so it never gets too cold, either. But, the winters in Iceland can get pretty wild with freezing winds and snowstorms.

You probably won’t have to worry about listening to a baby cry inside any restaurants in Iceland. It shocked me at first, but it’s a common practice to leave babies outside in their strollers. You’ll see this all over the country, including after the temperature drops below freezing. 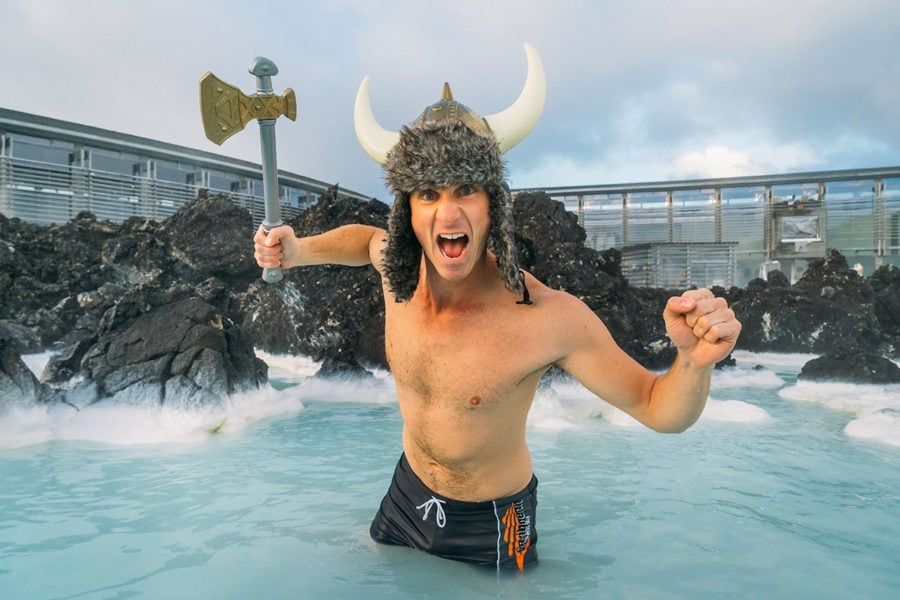 One thing that’s really useful about having geothermal water is that you can go swimming no matter how cold it is outside. There are also outside hot tubs that maintain a temperature of at least 86 degrees Fahrenheit at all times.

Before I went to Iceland, I’d never imagined that there would be an entire museum dedicated to penises. Even odder, the collection of 200 penises on display at the Phallological Museum supposedly includes specimens from mythological creatures such as trolls.

Iceland is full of remote and rugged landscapes, and to reach some of them, especially in the winter, some locals use “super jeeps”. A super jeep is a highly modified truck with a lifted suspension and oversized tires that allow it to cross deep rivers or drive through deep snow and ice. Most of Iceland’s roads are paved, but for the off-road trails that go into the central highlands, these jeeps make it possible to travel in the winter.

Iceland’s unofficial national sweet treat is definitely ice cream. People wait in long lines for it daily, regardless of weather conditions. After trying some of their homemade ice cream, I can see why; it’s delicious!

Iceland may seem idyllic in many ways, but the country does have a dark history. Just like the U.S. and many parts of Europe, Iceland went through a period of witch hunts from 1654 to 1690. Only one woman was prosecuted as a witch during this time though, because men were the primary targets.

As previously mentioned, Iceland leads the world in feminism. Unsurprisingly, the country was also the first to elect a female president, Vigdís Finnbogadóttir, who served from 1980 to 1996. Icelanders also elected an openly gay woman as their prime minister in 2009.

In terms of landform, Iceland is the world’s youngest country. Going along with this fact, Iceland was also the last European nation to be settled. However, don’t be fooled by Iceland’s youthfulness as it’s still approximately 25 million years old.

Due to Iceland’s unique topography, only 20 percent of it is actually inhabited. Many of the uninhabited areas can be visited, but I highly recommend registering your plans with ICE-SAR first. This is the best way to get help if something goes wrong.

Iceland doesn’t have a military and has only fought in one conflict. The Cod Wars were a power struggle with Great Britain for exclusive fishing rights to the water within 200 miles of Iceland’s shoreline. Iceland won after attacking their enemy’s fishing nets with scissors.

Icelandic students are taught their native language, along with English and Danish. It’s estimated that at least 80 percent of young students can understand basic English, and some people claim that as many as 98 percent of adults are fluent in multiple languages. I had no problems communicating with everyone I encountered in Iceland.

Because Iceland’s population is so small, there’s a slight issue with everyone being related. This can be a problem in the local dating scene. So there’s a smartphone app called Íslendinga-App that lets Icelanders check if they are related or not. The company’s slogan is “Bump the app before you bump in bed.” LOL!

Iceland is a very special travel destination. The stargazing is breathtaking, the local cuisine is unusual and locals are often happy to share one of the area’s entertaining legends and myths.

This is a post from The Expert Vagabond adventure blog.

Visit our friends at expertvagabond.com

Compulsive Hair Pulling May Be Incurable, But the Shame…

The city that pulled together to help 1,000 former Thomas…