Just Back: Being a tourist during Mexico’s worst earthquake in years 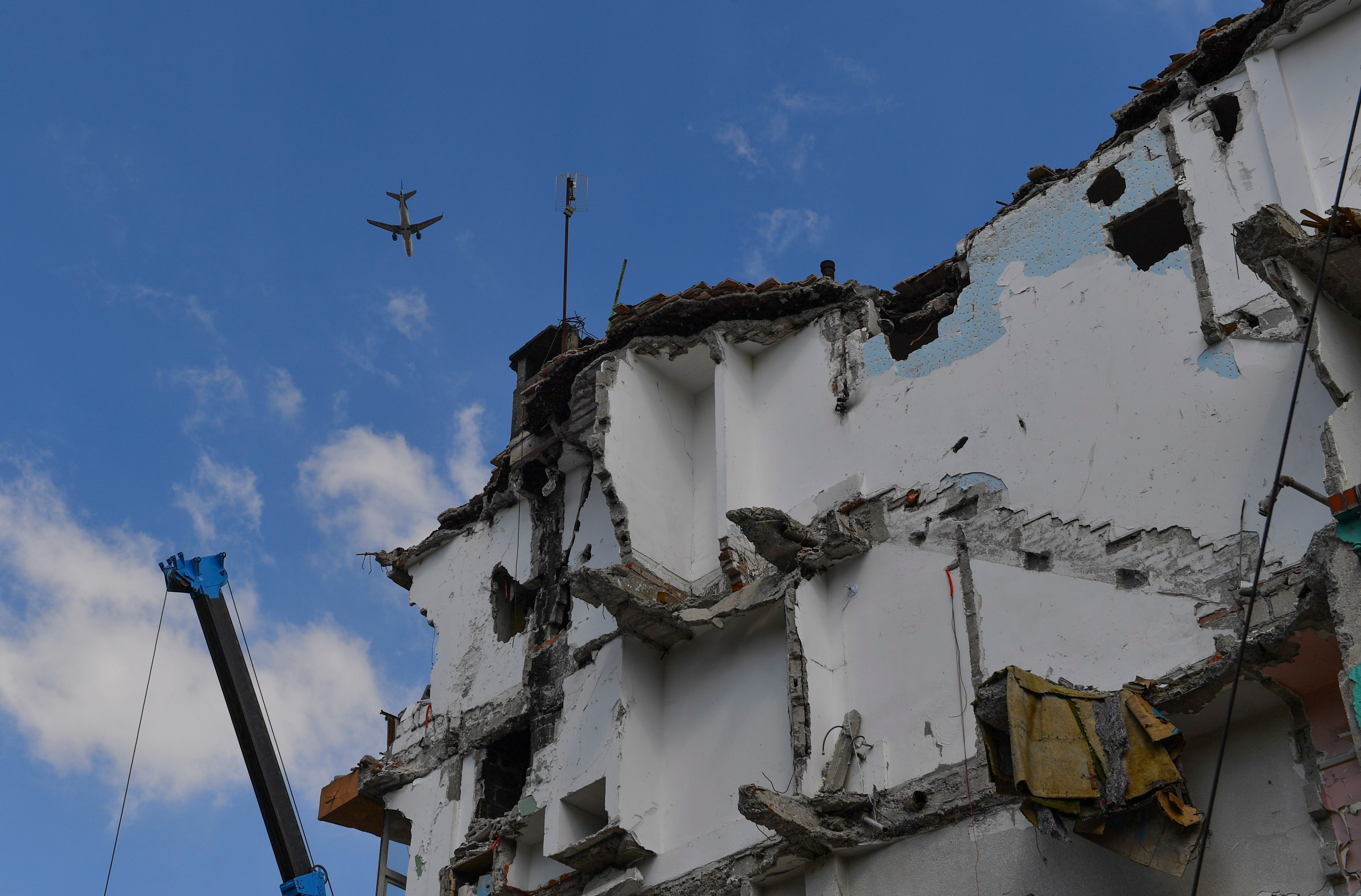 I couldn’t sleep. Was it the spicy enchiladas I ate? Or the tangy chelada I drank? Or reliving the ear-popping 6,500ft descent down the mountain from San Cristobal de Las Casas on a highway where drivers use the hard shoulder as a third lane, and shrines mark the tragic consequences? Or was it simply the TV from the next-door room?

We were leaving the kaleidoscope that is Chiapas in southern Mexico a day early, due to the regular blocking of highways by protesters denouncing the current grievance of the day – latterly pirate taxis. We had decided to stay the night before travelling near the airport at La Ceiba Hotel in the town of Chiapa de Corzo, on the banks of the Rio Grijalva, which flows through the great canyon El Sumidero.

The hotel takes its name from the tree which connects the Mayan underworld Xibalba with middle earth and the heavens. With its long, serpentine roots, its straight, tall, branchless trunk fortified by cathedral-like buttresses and often topped by cruciform branches, the symbolism is perfect.

As I lay sleepless in La Ceiba with modern middle-earth insomnia (the TV next-door still droning at nearly midnight), Xibalba suddenly erupted. A vibration rose up through the floor and the bed began to quiver. The room shuddered and creaked, and the shaking grew more violent. I knew we had to get out. “Wake up! Earthquake!”

We staggered to the door. Imprisoned by the initially unyielding lock, our panic rose until we burst out to join other fleeing guests.

I was overwhelmed by a sense of utter helplessness as I watched the three-storey building rattle and sway. The noise was eerie, an other-worldly concert: loud rumbling accompanied by the smashing of tiles and plaster. The quaking lasted an eternal 65 seconds, so they later told us.

The lights were out. Sirens were sounding, dogs barked and people were in the streets. Guests huddled on pool loungers. The hotel owner and family, with true Mexican hospitality, reassured and informed us. “Quieres agua?” (Would you like water?) and as the after-shocks continued “Quieres tequila?” (Would you like tequila?). We survived.

An expert cruise guide to Heraklion, Crete: A busy harbour city where…

News is pretty instant with social media, even in an earthquake. In our little oasis at La Ceiba we realised we were the fortunate ones. Beyond, others were suffering. We had just experienced Mexico’s worst earthquake of the century.

At 7am the restaurant opened as usual, the waiters serving breakfast and sweeping up piles of plaster and smashed crockery.

“Good morning,” I greeted the waiter. “How are you today?”

How to enter the next round of Just Back

Email your entry in 500 words (with the text in the body of the email), to [email protected] For terms and conditions, see telegraph.co.uk/tt-justback. The winner will receive £200 in the currency of their choice from the Post Office.

The Post Office is the UK’s largest travel money provider. It offers more than 70 currencies with 0% commission. Customers can buy selected currencies over the counter at 8,000 branches and all currencies can be ordered for next-day delivery at 11,500 branches. Orders can be placed online at postoffice.co.uk/travel-money.

The Ultimate Wedding Checklist for Expenditures

Dating During Covid-19: Seven Ways to Do It Safely