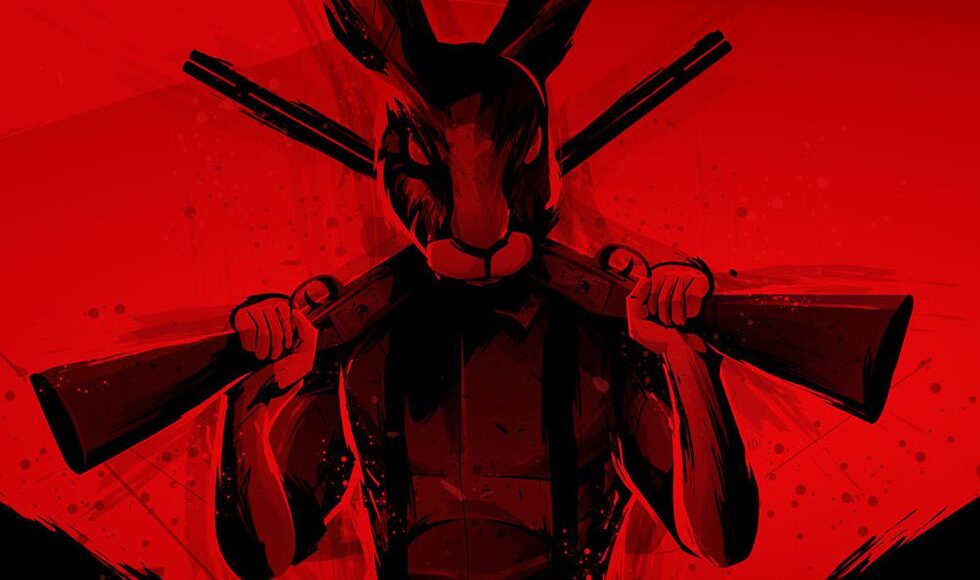 Cocktail books are decorative. Like coffee table books, they sit around and get stiff in the spine, because you never have the right ingredients stocked at your home bar and a scotch on the rocks is always easier to rustle up. But The Dead Rabbit Mixology & Mayhem, out this week,is a different beast entirely. From the owners and bar manager at the Dead Rabbit Grocery and Grog, an Irish watering hole at the lower tip of Manhattan that is widely considered one of the best bars in the world, it will shock you. The drinks, like the Goody Two Shoes shown above, are devilishly complex. And the story that accompanies them is wild.

The Dead Rabbit Mixology & Mayhem tells the bloody, vindictive tale of John Morrissey, a real-life Irish gang leader in New York City who died in 1878. In this story, he’s reborn in 1978 as a rabbit with fierce red eyes. New York in the ’70s is a scum den, and Morrissey fits right in. He’s no Ray Liotta bellowing “KAREN” as he snorts cocaine into his pasty, porous face; he’s a man—no, rabbit—of values, really fucked up values that lead to lots of murdering in the name of revenge and Irish pride. The women in his life wear tight, breast-baring clothes and wield machine guns. The men pound the shit out of each other. This rabbit is also uncomfortably jacked.

And that’s just the graphic novel portion of the cocktail book. For each page of illustration there is a cocktail with a name like “Billion Dollar Man” or “Sucker Punch” that ties into the story, its recipe, and the inspiration behind it. If you are a cocktail fanatic, an owner of an impressive bitters collection and a connoisseur of curaçao, then The Dead Rabbit Mixology & Mayhem is a front row seat to the mad science that goes into creating one of the best cocktail menus in the world. There are no secrets withheld from the book, the Dead Rabbit team says. But it’s evident that fine-tuned taste buds and painstaking attention to detail are required to pull literally any of these cocktails off. So while nothing may be hidden, the barrier to entry is high.

A scene from the graphic novel shows Morrissey getting tough in prison.

If you’re curious about what goes into a Dead Rabbit cocktail, here’s the recipe for Billion Dollar Man, created by Jillian Vose and excerpted with art from a moment in The Dead Rabbit Mixology & Mayhem when John Morrissey has consolidated his power and is preparing for domination. The accompanying panel from the graphic panel is below. For instructions on how to make tinctures and orgeats, you’ll have to buy the book; consider this just a glimpse at their wizardry.

Part instructional manual, part history lesson, and part graphic novel, The Dead Rabbit Mixology & Mayhem won’t turn you into a master bartender. But you’ll still keep cracking it open for a taste of violence, courtesy of a pissed off rabbit with a thirst for blood and Irish whiskey.

For winter we always like to have another hot drink option in addition to our delectable Irish coffee. This has some warming fall spice with sweet apple: perfect for a cold day.

Whip cold heavy cream until it thickens enough to float on top of the drink and is still pourable. (We suggest using cream that is 35 to 38% milk fat.) Build drink in a warm glass; add water and float cream.