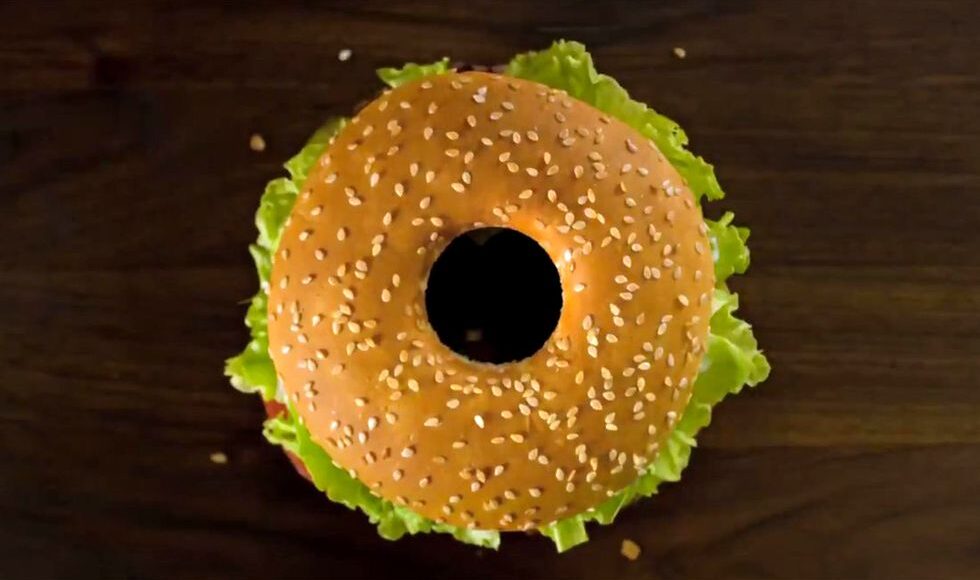 It’s the gimmick to end all gimmicks: a doughnut Whopper to commemorate National Doughnut Day. Great hustle out there, Burger King.

On June 1, a.k.a. National Doughnut Day, Burger King will sell these hollowed out burgers at five locations. (The five stores are in Boston, Miami Beach, Los Angeles, New York City, and Salt Lake City.) The “Whopper Donut,” as they’ve cleverly named it, is served with its own innards on the side, so you’re not getting cheated out of the “donut hole.” Make sure you snap a stellar photo of the Whopper Donut alongside its mini Whopper slider, because there’s literally no other reason to order something this unnatural.

If you want a proper doughnut Friday—one fried and covered in glistening sugar—a bunch of chains are giving them out for free. At Dunkin’, you get a free doughnut with the purchase of any drink, for example. Krispy Kreme is handing them out to anyone who walks in the door, no purchase necessary. Enjoy.

The Ultimate Wedding Checklist for Expenditures

The secret history of the Galapagos – featuring murder, …